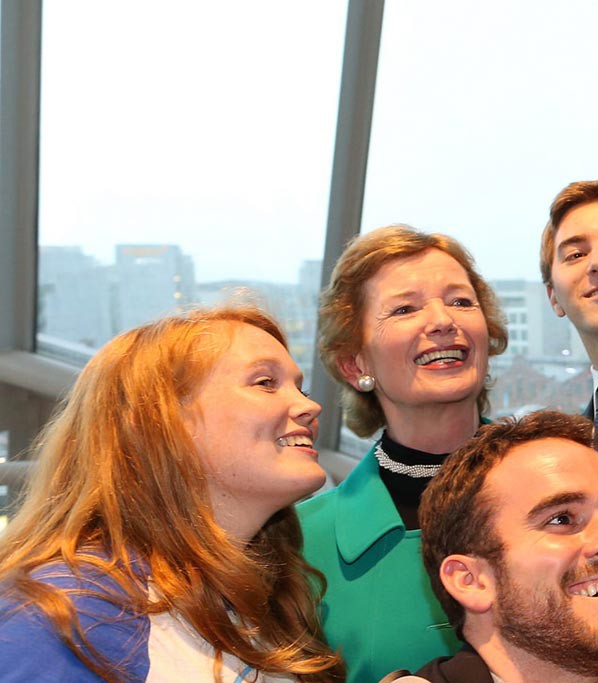 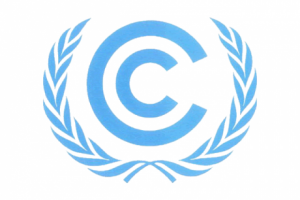 The United Nations Framework Convention on Climate Change (UNFCCC) is a framework for intergovernmental efforts to tackle climate change. It was created at the United Nations Conference on Environment and Development (UNCED), also known at the Earth Summit, in Rio de Janeiro in June 1992.

The Convention sets an overall framework for efforts by governments to tackle the challenges posed by climate change. It entered into force on 21st March 1994.

Countries that have ratified the treaty are referred to as “Parties to the Convention”. There is almost near universal membership with 195 Parties to the Convention (194 individual states, including individual members of the European Union – the European Union is also a separate Party). The Holy See holds observer status. Since the UNFCCC came into force, the Parties have been meeting annually in Conferences of the Parties (COP) to assess progress in dealing with climate change and to agree action that should be taken.

The UNFCCC is also the name of the United Nations Secretariat which is charged with supporting the operation of the Convention. The secretariat is based in Bonn, Germany, and is headed since July 2010 by Executive Secretary Christiana Figueres.

The ultimate objective of the Convention is to stabilise greenhouse gas concentrations “at a level that would prevent dangerous anthropogenic (human induced) interference with the climate system”. (Article 2)

It states that “such a level should be achieved within a time-frame sufficient to allow ecosystems to adapt naturally to climate change, to ensure that food production is not threatened, and to enable economic development to proceed in a sustainable manner”.

The Convention requires industrialised countries to give precise and regularly updated inventories of their greenhouse gas emissions. Developing countries are also encouraged to carry out inventories. The Convention itself is considered legally non-binding as it does not set mandatory limits on greenhouse gas emissions for individual countries and does not include enforcement mechanisms. But it recognises that it is a “framework” document and is something which can be amended and updated. The first addition to the Convention was the Kyoto Protocol, which does set mandatory emission limits.

The Convention places the heaviest burden in terms of fighting climate change on industrialised nations under the principle of “common but differentiated responsibilities”. This is because developed industrialised nations are the source of most current greenhouse gas emissions and have also historical responsibility in terms of past emissions. These countries are asked to do the most to cut emissions and to provide most of the funding for efforts elsewhere.

The task of SBSTA is to provide the COP with advice on scientific, technological and methodological matters. Two key areas of its work are to promote the development and transfer of environmentally-friendly technologies and to conduct technical work to improve the guidelines for preparing national communications and emission inventories. The SBSTA also acts as a link between the scientific information provided by bodies such as the IPCC (Intergovernmental Panel on Climate Change and the policy needs of the COP.

The SBI gives advice to the COP on all matters concerning the implementation of the Convention. It examines the information in the national communications and emission inventories submitted by Parties in order to assess the overall effectiveness of the Convention. The SBI also advises the COP on budgetary and administrative matters.

Countries are divided into three main groups according to their differing commitments:

Parties include industrialised countries that were members of the Organisation for Economic Cooperation and Development (OECD) in 1992, plus countries with economies in transition (the EIT Parties). There are 41 countries in this group and the European Union.

Parties are developed countries which are the OECD members of Annex I but not the countries with economies in transition (EIT). The Annex II countries are required to provide financial resources to enable developing countries to undertake activities to reduce emissions and to help them adapt to the effects of climate change. They also have to take steps to promote the development and transfer of environmentally friendly technologies to developing countries and countries with economies in transition. There are 23 Parties in this group and the European Union.

There are 153 Parties in this group, most of which are developing countries. Certain groups of developing countries are recognised by the Convention as being especially vulnerable to the adverse impacts of climate change. This includes countries with low-lying coastal areas and those prone to desertification and drought. Forty nine countries are classified as least developed countries (LDCs) by the United Nations and are given special consideration under the Convention due to their limited capacity to respond to climate change and adapt to its effects.

Other Parties in this group are countries that that claim to be more vulnerable to the potential economic impacts of climate change response measures, such as countries which rely heavily on income from fossil fuel production.

The Kyoto Protocol treaty is an international legally binding agreement to reduce greenhouse gas (GHG) emissions worldwide. It was negotiated in December 1997 in Kyoto, Japan, and was opened for signature in March 1998. Under the terms of the Protocol, it could not take effect until 90 days after it was ratified by at least 55 Parties involved in the UNFCCC. Another condition was that those who ratified the Protocol had to include Annex 1 countries which together accounted for at least 55 per cent of the total greenhouse gas emissions for 1990.

The first condition was reached when Iceland became the 55th country to ratify the Protocol in May 2002. The second condition was met when the Protocol was ratified by Russia in November 2004. The Kyoto Protocol then entered into force on 16 February 2005.

There are 192 Parties which have signed and ratified the Protocol. The United States is the only Annex 1 country which has not ratified it. Under the Protocol, 37 industrialised countries and the European Union have committed to reducing their emissions by an average of 5 per cent by 2012 against 1990 levels.

The main distinction between the Kyoto Protocol and the UNFCCC is that the Convention encourages industrialised countries to stabilise their greenhouse gas emissions, while the Protocol commits them to do so. The goal of the treaty is to lower the overall emissions from six greenhouse gases – carbon dioxide (CO2), methane (CH4), nitrous oxide (N2O), sulfur hexafluoride (SF6), hydrofluorocarbons (HFCs) and perfluorocarbons (PFCs). The Protocol recognises that developed countries are principally responsible for the levels of emissions in the atmosphere and therefore places a heavier burden on them. Non-Annex 1 Parties to the Kyoto Protocol, including advanced developing countries like China and India are not obligated to limit their emissions.

Under the Kyoto Protocol, countries must primarily meet their targets though national measures but it also gives additional means of meeting targets by way of market-based mechanisms, creating what is known as the “carbon market”.

Countries which have signed up to commitments under the Kyoto Protocol have accepted targets for limiting or reducing their emissions. Their allowed emissions are divided into assigned amount units (AAUs).

Emissions trading allows countries with emission units to spare – units that they are permitted but have not used – to sell their excess capacity to countries that are over their emission targets. This has created a new commodity in the form of emission reductions or removals and the units can be traded on the carbon market.

Under the CDM, Annex 1 Parties can fund clean energy projects in developing countries to earn certified emission reduction credits (CER). Each CER is equivalent to one tonne of CO2 and can be counted towards meeting the Annex 1 Party’s targets under the Kyoto Protocol. The CDM aims to stimulate development and emission reductions in developing countries and gives industrialised countries some flexibility in how their meet their emission targets.

A CDM project must provide emission reductions that are additional to what otherwise would have occurred. The carbon that is not emitted as a result of the project in the developing country is claimed by the country that is implementing the project.

The mechanism has been operating since the beginning of 2006 and has registered more than 1,650 projects. One example of a CDM project is carried out by the Uganda Carbon Bureau which works with communities to create a market for efficient stoves which use less wood and charcoal for household cooking. These stoves reduce the amount of CO2 that is emitted. An additional benefit for the communities who make and use the stoves is that they can tap into the carbon market and get payments from the international community for the carbon savings they have made by using the stoves.

Under JI, an Annex 1 Party may implement a project that reduces emissions in the territory of another Annex 1 Party and earn credits called Emission Reduction Units (ERUs), which are counted against the Party’s own target. In practice, joint implementation projects are most likely to be carried out in countries with economies in transition (EIT) as there tends to be more opportunities for cutting emissions at a low cost.