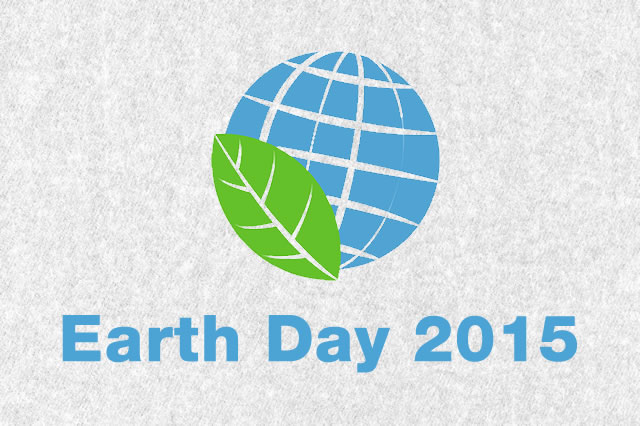 On 22 April - Earth Day 2015 - Mary Robinson calls for global leadership on climate justice to ensure a stabilised climate and a transition to a world in which all people's human rights are protected.

Today, Earth Day today, we are reminded that 2015 is a year of global action. In 2015, governments will adopt a new set of Sustainable Development Goals, work together to draft a meaningful climate agreement, and craft a framework to provide the financial resources needed to deliver on a global sustainable development agenda. We are currently not on course to a safe climate future, but 2015 offers us a unique opportunity to change that. What is required to make this change happen? Leadership.

The need for global leadership is highlighted in the “Earth Statement” that was launched by a group of prominent climate scientists and economists today. It is a call on world leaders to adopt an ambitious, equitable and science-based climate agreement in Paris in December this year that can help keep warming below the 2-degree limit agreed by countries and avoid dangerous climate change. To be effective, this agreement must also be legally binding.

The call from scientists comes at a crucial time. Our current emissions path could bring about as much as 6 degrees of warming. Such warming would have devastating consequences for human wellbeing. Left unchecked, climate change will roll back decades of development progress and undermine prospects for future sustainable development and poverty eradication. It is deeply immoral to accept such risks of irreversible and dangerous climate change.

I came to the issue of climate change not from a science or environmental perspective but from a justice perspective. The impacts of climate change are already being felt – from Kiribati to New York, Bangladesh to Chile – and these impacts are most severely affecting the people who have contributed least to causing the problem. Poor and marginalised communities will continue to be most affected by changing climates.

A central idea of climate justice is that the benefits and burdens associated with climate change and its resolution must be fairly allocated. This means for rich countries to take the lead in reducing emissions and providing support, both financial and technological, to poorer countries to help them achieve equitable access to sustainable development while adapting to the impacts of climate change. But we must also recognise that developing country citizens and leaders face the greater challenge – they are being asked to forge a low carbon development pathway that has never been achieved in history.

Therefore, I particularly support the call amplified in the Earth Statement, for rich countries and progressive industries to take the lead, to provide a massive increase in support for adaptation and loss and damage, and a radical increase in public financial support to developing countries to pursue low-carbon growth leading to zero-carbon in all countries by 2050.

There is still a window of opportunity to take strong action. But we need to act now; the response to the climate crisis must begin quickly and extend globally in order to succeed. We must stop compromising the needs of future generations and find the political will to bring about decisive action. By taking the necessary steps this year, our Governments can set the world a path for a safer, more equitable future. Decisions made in 2015 will have lasting consequences for humanity.

Perhaps more than any other problem humanity has faced, climate change confronts us with the reality of our interdependence. It is as morally unacceptable to allow uncontrolled climate change to happen as it is to tolerate the existence of extreme poverty in the 21st century. No country alone can protect their citizens from the impacts of dangerous climate change. All countries and citizens must act together motivated by enlightened self-interest and human solidarity for a better future.

We must act now to stabilise the climate and transition to a more equitable future defined by a social and international order in which the rights and freedoms set forth in the Universal Declaration of Human Rights, including freedom from poverty, are realised. That is, after all, a world everyone is entitled to.

Written by 17 world-leading scientists of the Earth League, the Earth Statement was launched on Earth Day, April 22 2015.

It clarifies, in eight essential elements, what the international climate agreement in Paris in December should achieve in order to provide the world with a good chance of avoiding dangerous climate change.

The first essential element is a commitment to limit global warming to below 2° Celsius, requiring a transition to a zero-carbon society by 2050.

Find out more about the Earth Statement.

Listen to some leaders on climate justice

Graça Machel, Founding Member of The Elders, during the “Leaders’ Forum on Women Leading the Way: Raising Ambition for Climate Action“, September 2014

Leadership has to have the courage to make the hard decisions which are required; and to lead; to save the planet; to stop immediately the damage. But leaders have to listen to women, to youth, to small islands, to marginalised groups, and to make the decisions on the basis of taking seriously of what they listen to from the billions of people.

Climate change is offering us the opportunity to do things differently. But we need transformative leadership today. (…) In the post 2015 discussions, leaders must have the political will to invest in climate smart solutions.

Grantham Annual Lecture: Climate Justice – Why is it relevant in 2015?