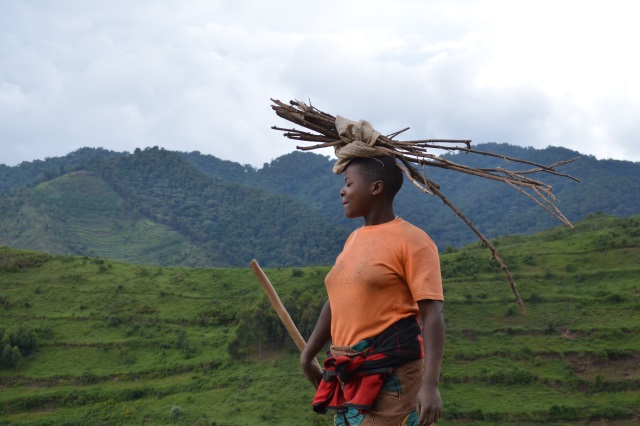 First published in the Huffington Post, Mary Robinson writes about the need for climate change concerns to be at the core of efforts in achieving sustainable development.

First published in the Huffington Post, Mary Robinson discusses the need for climate change concerns to be at the core of efforts in achieving sustainable development.

“Extremely dangerous,” “Do not travel” — these are the phrases that have welcomed in the new year along the East Coast of the United States. Extreme weather caused thousands of flights to be delayed, placed the elderly and other vulnerable people at risk due to the extreme cold and impacted negatively on supply chains.

The increasing risk of extreme weather events due to climate change has been acknowledged by President Obama. In June 2013 at the launch of the Climate Action Plan he said: “We’re going to need to get prepared. And that’s why this plan will also protect critical sectors of our economy and prepare the United States for the impacts of climate change that we cannot avoid.” As part of the plan the president created a bi-partisan Task Force on Climate Preparedness and Resilience last November to advise the administration on how the federal government can respond to the needs of communities nationwide that are dealing with the impacts of climate change.

Recognizing the threat that climate change poses to lives, to business and to the economy and taking action to prepare for and reduce this threat makes sense. The United States alone has experienced 25 extreme weather events since 2011 that each caused more than $1 billion dollars in damages, contributing to the loss of more than 1,000 lives and costing each American family roughly $400 each year. To avoid these losses and prepare for life in a climate affected world — decision makers in municipalities and states have to factor climate change into their plans for growth, job creation and sustainable development.

This week (January 9 and 10), representatives from government, business, academia and civil society are meeting in New York to discuss how climate change should be included in plans being developed at the international level to achieve sustainable development. Work is underway on a set of Sustainable Development Goals (SDGs) that will set an international policy framework applicable to all countries. International policy frameworks such as these are agreed internationally and implemented at the national level, thereby informing how planning decisions are made, finance is invested, and how businesses, energy, health and education systems develop.

The new Sustainable Development Goals build on and supersede the Millennium Development Goals (MDGs) which focused on development assistance and the relationship between donor and developing countries. The SDGs have a broader scope than the MDGs in several ways. Firstly, they are goals for all countries and not just developing countries as no country has yet achieved sustainable development. Secondly, they are about the environmental, social and economic aspects of development, whereas the MDGs focused predominantly on social development. And thirdly, they are being developed through a more inclusive process than the MDGs, involving not just all countries, but also a wide range of stakeholders.

Curiously, and worryingly, there are those who say that climate change does not belong in discussions on a new agenda for sustainable development post 2015. They fear that the negative and divisive politics associated with the climate negotiations will infect the discussions on the new development agenda. These politics divide the world along the lines of developed and developing countries, while the SDGs are based on the understanding that no country has achieved sustainable development so that this is a challenge we share universally.

Well founded though this fear might be, it is not reason enough to leave climate change out. Climate change is, after all, a development issue. Unchecked, climate change will undermine development gains and increase poverty and vulnerability. A development model based on continued levels of fossil fuel consumption will lead to dangerous levels of global warming. The World Bank’s ‘Turn Down the Heat’ report released last year — the world we are heading for, in which warming reaches 4°C above pre-industrial levels — would be one of unprecedented heat waves, severe drought, and major floods in many regions, with serious impacts on human systems and the ecosystems on which we rely.

Ignoring climate change and letting this happen is not consistent with the vision many people share of a world with greater equality, less poverty, the protection of human rights, more prosperity, jobs and opportunity. Conversely, acknowledging climate change and setting in place policies to address it can make a positive contribution to long term, sustainable growth, job creation and prosperity. The Bureau of Labor Statistics found in 2011 that there were approximately 3.4 million green jobs in the U.S., an increase of 4.9 percent from the previous year (compared to an increase of 1.2 percent for all other sectors).

Given these realities it is incomprehensible that any plan to achieve sustainable development wouldn’t include climate change. Clearly, adapting to the impacts already being experienced, as well as minimizing future risks and reducing reliance on fossil fuels for transport and energy has to be part of a development strategy, for the U.S. as well as every other country on the planet.

Climate change is a threat, but responding to it opens up a world of opportunity. The transition we need to make towards a carbon neutral world will provide jobs, a healthier planet, greater well-being and if we do it properly, greater equality. We need to change the conversation on climate change and sustainable development to become about how we make this transformation to the way we live life and do business. Communities and individuals are already taking action, forward looking businesses around the world stand ready to make the change. Now we need leadership at the political level to put in place an international framework that enables us to make the transition rapidly, effectively and for the benefit of all. The objective of sustainable development, after all, is “to meet the needs of the present without compromising the ability of future generations to meet their needs.”

Our Work: Equity and Climate Justice