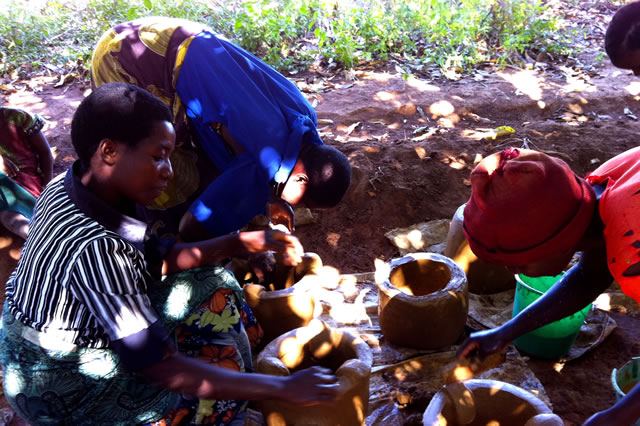 Mary Robinson reflects on the the world that they will inhabit together and the challenges that climate change and extreme weather pose to the current generation and generations to come.

This blog post by Mary Robinson, which appeared on the Huffington Post is part of the Global Mom Relay. Every time you share this blog, US$5 will go to women and girls around the world as part of the Global Alliance for Clean Cookstoves, which has called for 100 million homes to adopt clean and efficient stoves and fuels by 2020.

In 2050 my four grandchildren will be in their forties. They will share this planet with 9 billion others. Imagining the world that they will all inhabit together brings home the realisation that climate change, and severe weather shocks, pose one of the greatest challenges facing not only my generation, but the generations that follow.

It now seems unlikely that we will have achieved the global target of keeping the world below 2° Celsius above pre-industrial standards. So by 2050 weather shocks will be much more severe and unrelenting. There will be greater food insecurity, severe water shortages, and widespread displacement of people both within countries and across borders. Some predict there may be as many as 200 million climate displaced people by 2050. In 37 years time!

Sometimes I imagine the echo of their voices coming back over the years. What will they say about me and my generation? What I hear is anger, fear and extreme frustration: “How could they have been so stupid?” “Where was their sense of social justice?” “Why did they not act when they had the chance to prevent this misery for us?”

It doesn’t have to be so. It is still not inevitable, if we act now to secure a fair, ambitious climate agreement by 2015, and put in place universal development goals for all countries post 2015. Where is the leadership to come from? Why not from thoughtful mothers and grandmothers who are looking ahead to 2050? We can put pressure on our political leaders to take decisions now that will protect our children and our grandchildren from the severe impacts of climate change and severe weather shocks. Women tend to be more inter-generational in thinking and we are conscious of the need to prevent inter-generational injustice.

In addition, there is a lot we can do now to help poor communities already suffering climate shocks. We must also listen to their voices and ensure that the rights and needs of the most vulnerable are paramount. 1.3 billion people — one in five globally — lack electricity to light their homes or conduct business. Twice that number—nearly 40% of the world’s population—rely on wood, coal, charcoal, or animal waste to cook their food and suffer severe health risks. Estimates published by the Lancet last year put the number of global deaths from indoor air pollution from cooking at 4 million, double previous estimates. These figures are unacceptable and must cause us to redouble our efforts to bring safe, sustainable forms of energy to those who currently have none.

In September last year, I was pleased to be invited to join the Global Alliance for Clean Cookstoves’ Leadership Council. The Alliance is working toward a goal of 100 million households adopting clean cooking solutions by 2020. It is an ambitious undertaking but governments and international organisations must recognise the need to find new ways to scale up if we are to meet the needs of the 2.6 billion people who still cook on open fires. One way is to use existing social protection systems to deliver sustainable forms of energy at scale. 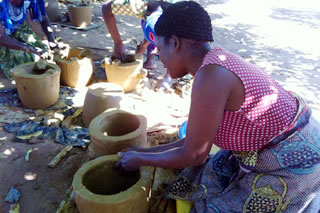 During a trip to Malawi in January, I saw first-hand the impact that the Improved Cookstoves Programme is having on the health and livelihoods of the people of Balaka. Nine out of ten rural Malawian households cook on three-stones that are inefficient and smoky whilst the growing urban demand for charcoal is leading to alarming rates of deforestation in many areas of the country.

Under the leadership of President Joyce Banda, the Government of Malawi has demonstrated a commitment to scaling up use of improved cook stoves to address both health and environmental issues. The use of clean cookstoves and fuels is dramatically reducing fuel consumption and exposure to cookstove smoke. Time freed up from collecting firewood for cooking needs, sometimes as much as 20 hours per week, converts to a greater investment in human development. In addition to the health benefits, women are free to engage in alternative forms of income generation and girls can return to education.

A lack of gender equality is limiting our ability to achieve sustainable development, as we consistently underuse and undervalue the contribution of half of the population. Girls’ and women’s empowerment remains one of the most obvious, achievable and transformative strategies we can take to tackle poverty and enable development. It is a ‘no brainer’! Mothers know this. Grandmothers know this. Isn’t it time we Moms stood together and made it happen?

Mary Robinson recently gave a video message to guests at the Clean Cooking Forum 2013, organised by The Global Alliance for Clean Cookstoves, which took place in Phnom Penh, Cambodia, March 18-22: