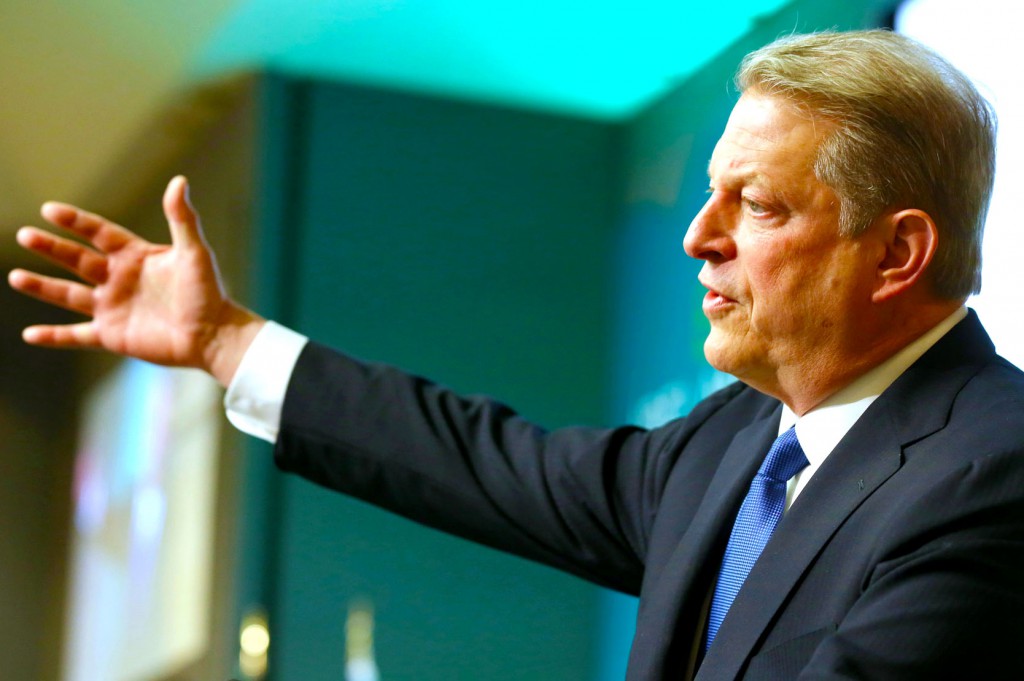 Former U.S. Vice President Al Gore is co-founder and Chairman of Generation Investment Management, a firm that is focused on a new approach to Sustainable Investing.

Gore is also cofounder and Chairman of Current TV, an independently owned cable and satellite television network for young people based on viewer-created content and citizen journalism. A member of the Board of Directors of Apple Computer, Inc. and a Senior Advisor to Google, Inc. Gore is also Visiting Professor at Middle Tennessee State University in Murfreesboro, Tennessee.

Mr. Gore is the author of An Inconvenient Truth, a best-selling book on the threat of and solutions to global warming, and the subject of the movie of the same title, which has already become one of the top documentary films in history. In 2007, An Inconvenient Truth was awarded two Academy Awards, including for Best Documentary Feature.

Since his earliest days in the U.S. Congress 30 years ago, Al Gore has been the leading advocate for confronting the threat of global warming. His pioneering efforts were outlined in his best-selling book Earth in the Balance: Ecology and the Human Spirit (1992). He led the Clinton-Gore Administration’s efforts to protect the environment in a way that also strengthens the economy.