Bride Rosney is Secretary to the Board of Trustees. She has previously worked as Director of Communications with Irish national broadcaster RTÉ, and as Special Advisor to Mary Robinson. 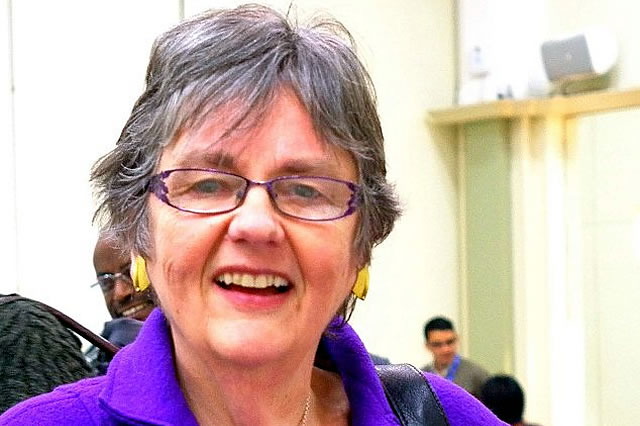 Bride Rosney, Secretary to the Board of Trustees

Bride Rosney was the Director of Communications with the Irish national broadcaster RTÉ from 2001 to 2009, having previously worked as Special Advisor to Mary Robinson for an eight-year period, during her time as President of Ireland and United Nations High Commissioner for Human Rights.

A graduate in Science from University College Dublin and Computer Practice from Trinity College Dublin, with over twenty years experience in education and educational research at both second and third levels, she previously worked as a teacher, educational researcher and school principal. She also worked in the private sector as a communications consultant in the spheres of new technologies and the arts.

Bride Rosney was an activist in a teacher trade union and various NGOs in the environmental field.